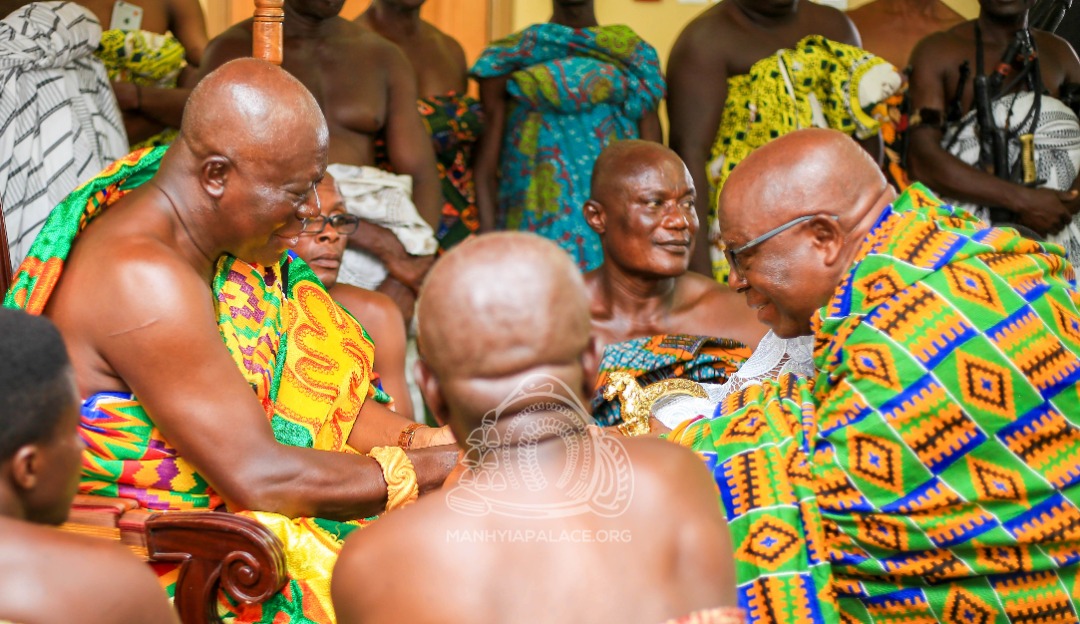 The Asantehene Otumfuo Osei Tutu II has communicated his intentions to build an abode for himself in the Volta region.

This, he said, was part of plans meant to bolster the relationship between the Asantes and Ewes.

He said this during the last Awukudae of the year when a delegation from the Anlo State joined the Asantehene to thank him for his historic presence at the 2022 Hogbetsotso festival.

The delegation representing Togbe Sri II, the Awomefia (ruler) of the Anlo, was led by H.E. Dan Abodakpi, Ghana’s former Ambassador to Malaysia.

The delegation included traditional leaders as well as some of the members of the Royal family of Anlo.

Speaking on behalf of the delegation, H.E Abodakpi said “when your brother (Togbe Sri III) sent us to you, he added all his field commanders and field marshals to bring you his immense gratitude. We came along with the first family of Anlo and our paramount chiefs. This means that the great work Otumfuo came to do on the 5th of November has pleased him.

Addressing the delegation through his linguist, Otumfuo reiterated that there has never been a contention nor is there one now between Asantes and Ewes.

The relationship between the two tribes is seen in the replication of towns like Ashanti New Town and Anloga in both regions.

Whereas some Anlos have settled in Anloga in Kumasi, the same can’t be said about Ashanti New Town but the Asantehene plans to change that narrative.

He told the delegation that he will dispatch some Asantes to stay at Ashanti New Town in the Volta region.

In addition to that, he relayed plans to build an abode for himself there- where he will use it whenever he wants to rest and collaborate with Togbe Siri.

“Our reciprocal visits proved there is no contention between our tribes. I will not allow anyone to come between us. Just as we have Ewes living here in Anloga- the dedicated suburb for Ewes in the Asante Kingdom- I will bring Asantes to occupy Ashanti New Town- a dedicated suburb to Asantes in the Volta region. In addition to that, I will make an abode for myself. This is to buttress our relationship”, Otumfuo said through his linguist.

The Asantehene joined the Anlo State in the celebration of the 2022 Hogbetsotso festival which took place in the Volta Region on 5 November.

His attendance made history and revealed the strong alliance between the two tribes. 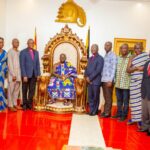 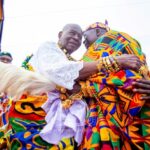