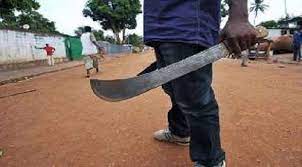 His Majesty Otumfuo Osei Tutu II has charged the National Lands Commission to ban the activities of land guards in the country.

Land guards are persons illegally sanctioned to protect lands against developers and their projects.

It is believed that criminals are used in such activities. They protect lands using offensive weapons like guns, knives, machetes, etc. Their mode of protection is characterised by assault and violence on trespassers.

During a courtesy call by a delegation from the National Lands Commission on Wednesday, November 16, the Asantehene condemned the use of land guards as unpleasant and pointed out that no legislation backs their activities.

He, therefore, charged the Commission to deal decisively with it.

“Focus on the issue of Landguards- it is bad. There is no law backing the use of land guards. There is nothing like that in my kingdom and that shouldn’t be in any other place.”

He believes it can be tackled head-on when landowners who contract such services are dispossessed.

The delegation was made up of the Lands Commission, the Ministry of Lands and Natural Resources and some members of the National House of Chiefs.

The delegation was led by the Deputy Minister for Lands and Natural Resources responsible for Lands and Forestry, Benito Owusu Bio, the National Chairman of the Lands Commission, Alex Quaynor and the Executive Secretary of the Commission.

Regional chairpersons of the Commission as well as staff members accompanied the delegation. 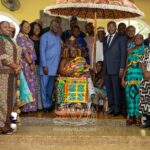 Prev Use GSS Data To Increase Revenue Mobilisation; Otumfuo To Lands Commission
Next All I Need Is Prayers; Otumfuo Tells Assemblies Of God Pastors 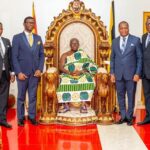