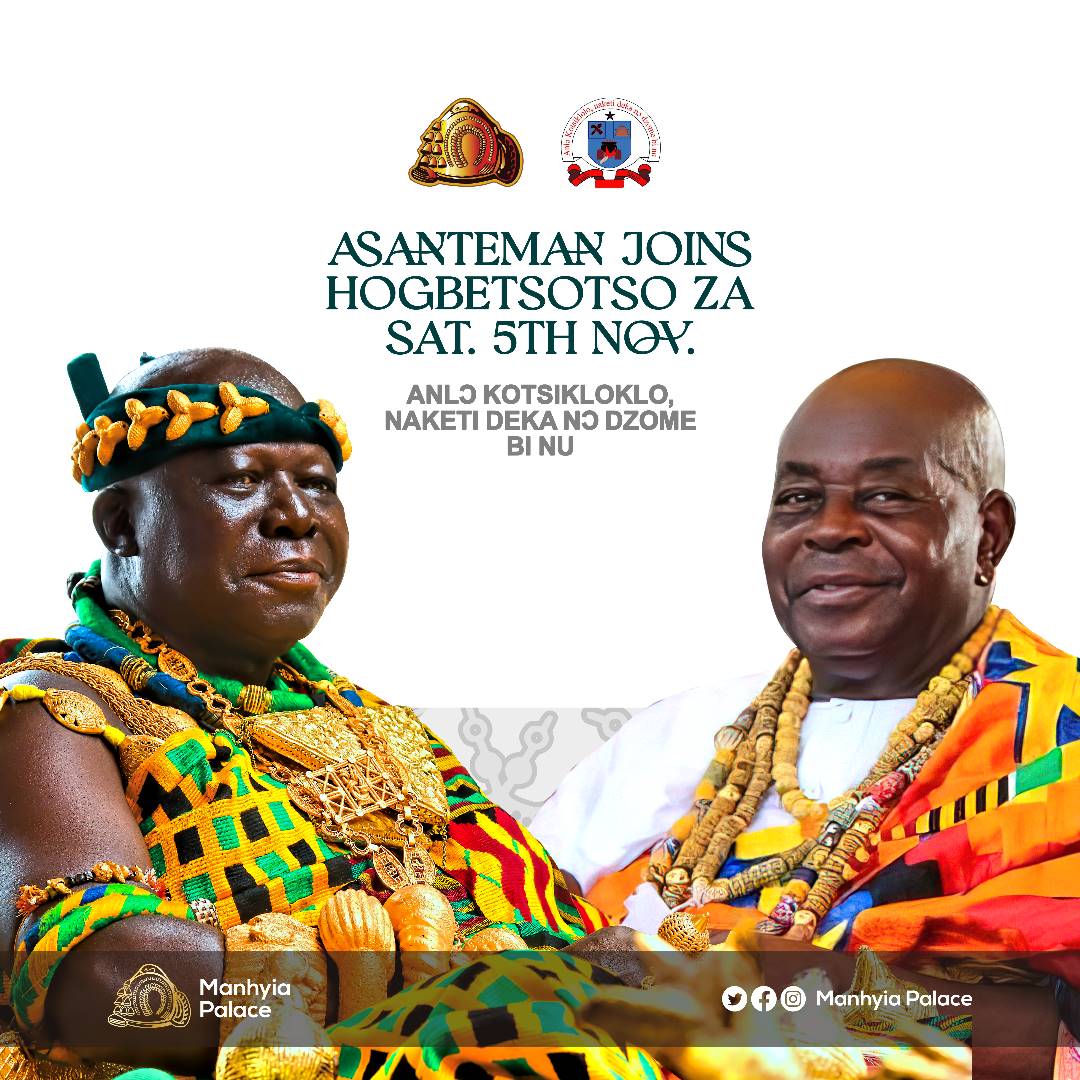 His Majesty Otumfuo Osei Tutu II will on Saturday, November 5, 2022, be part of the sixtieth (60) edition of the Hogbetsotso festival celebrated by the people of Anlo state.

Otumfuo will join the Awomefia of the Anlo State, Togbe Sri III whom he refers to as his “brother”, in marking a historic moment as well as reinforcing the ties between the Asante kingdom and the Anlo state.

His Majesty’s attendance will be in honour of a “request” from Togbe Sri III through a delegation to Otumfuo Osei Tutu II.

The delegation made up of sub-chiefs led by Togbe Tenge Dzokoto Gligui VII, the Dufia of Amugo-Wego Traditional Area, visited the Manhyia Palace on October 19 to present an invitation which they termed as a “request” to the King.

Relaying their mission before the King through Gordon Kofi Wukanya- the linguist of Voltarians in the Ashanti region- Togbe Tenge said the paramount chief of their State has “requested that you grace this year’s Hogbetsotso festival”.

He also indicated that the request for the Asantehene’s presence is to complement the culture of the Anlo state with that of the Asantes during the festival- which is commemorated on the first Saturday of November each year.

Receiving the invitation, His Majesty expressed his eagerness to visit the State after failing to personally honour earlier invitations.

He said he will join the festival if he is not restrained culture-wise.

“I will peruse your invitation letter, if the date doesn’t coincide with traditional demands or anything, I will attend”, he assured the guests.

In his address to the delegation, Otumfuo kept referring to Togbe Sri as “his brother”.

History dug out by the Asante Nation accentuates the prolonged ties between Asantes and the Anlos.

Protracted Relations Between Asantes And Anlos As Recounted By Asante Nation
Traditionally, the Asantehene is the one who buries the Anlo Awoamefia. The relationship between the two parties which took the form of a military alliance dates back to the mid-1750s of the 18th century (Damfo Relation).

At times Anlo state sent emissaries to the courthouse of Asantehene to relate messages from the Awoamefia and the war councils. Due to the cold relationship between Asantes and the British and their allies, whenever the trading ports of the Asantes were blocked directly, the Anlos act as middlemen and supply Asantes with large quantities of firearms and ammunition.

“They also supplied Asantes with salt. Asantehene Kofi Karikari subsequently presented a sword to Awadada Axorlu I, the military commander of Anlo to seal the alliance between Asante, Anlo and Akwamu.

“The sword is still preserved today and is among the regalia of the Kaklalu Stool of Anlo. It is this strong alliance that made Asantehene give the Anlos a vast land to settle on in Kumasi in large numbers and name the new place Anloga or Anloga Junction after their original home in the Volta.

Kotoko was conferred on them- “Anlo Kotoko”. Today, a “Royal Anlo Ewe” can easily form part of the Asantehene’s circle to perform rituals in the sacred stool house during Akwasidae or Odwira.

It will be celebrated under the theme, “60 Years of Anlo Hogbetsotso Za: Uniting for Development, Sustaining our Unique Cultural Commonwealth for Future Generations”.

The festival will be celebrated in November and will climax with a grand durbar on November 5, 2022.

The festival is celebrated to remember the flight of the Ewe people from their tyrannical ruler, King Agorkorli in Togo. 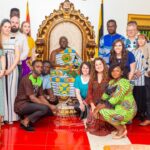